Welcome to part 3 in my How to Play MTG series! In the last two posts Ive covered the types of cards and the parts of a turn. If you want to go back and read those click on the links below. In this post I will go over what is known as the stack. The stack is one of the harder things for a new player to understand, but I hope I can explain it clearly because it is essential for becoming a better player.

It’s called the stack because of how spells stack on top of each other when they are cast. If I were to cast a creature, lets say Goblin Chainwhirler, before the spell resolves and the creature comes into play, my opponent has the opportunity to cast a spell or activate an ability in response. Let’s say they choose to cast the counter spell Essence Scatter which would counter my creature before it has a chance to resolve. I now have the opportunity to cast a spell in response to their spell so let’s say I choose to cast a Shock targeting them. My opponent does have another opportunity to respond, but let’s not add any more to this for now. Our stack is laid out below. 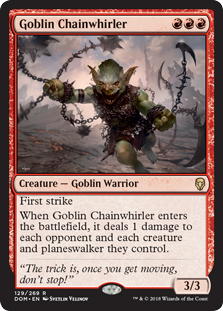 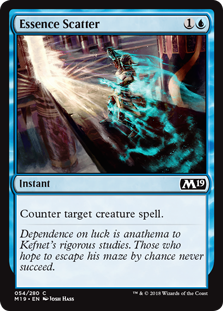 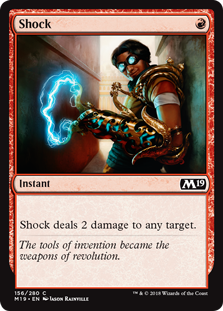 Since Shock was cast last, it resolves first dealing 2 damage to the opponent. The next spell on the stack is Essence Scatter which resolves and counters the Goblin Chainwhirler. Since the creature was countered it does not resolve and simply goes to the graveyard. Pretty simple right? What about when creatures with triggered abilities come into the mix?

Lets say I have Niv-Mizzet, Parun, and Guttersnipe on the battlefield for this example. I cast Opt which goes on the stack. This triggers Niv-Mizzet’s second ability and Guttersnipe at the same time, but I can order these triggers since both are under my control and lets say I want Niv-Mizzet to resolve first. I cast an instant so I draw a card, but now this triggers Niv-Mizzet’s first ability, dealing 1 damage to the opponent. Now guttersnipe resolves dealing 2 more damage and finally, Opt resolves, drawing a card and triggering Niv-Mizzet’s first ability once again, but this time on a separate stack. 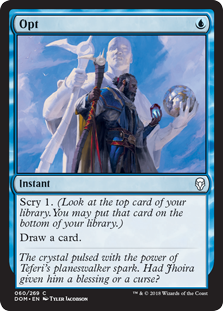 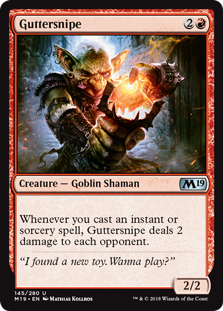 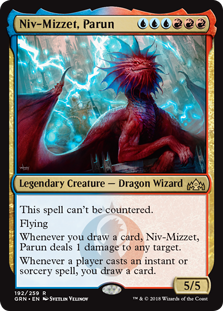 As seen with that last example, the stack can become very complex. Just remember to resolve spells backwards; the last spell or ability that goes on the stack is the first to resolve. Something that can help is knowing the difference between casting a spell and resolving a spell. In the first example, I cast Goblin Chainwhirler, however since my opponent countered the spell, it did not resolve, so it will not enter the battlefield and trigger its ability. I will still get any triggers that go on the stack for casting the spell though, like Runaway Steam-Kin. 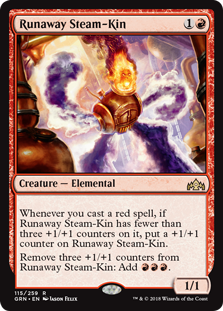 This concludes my post on the stack. One of the benefits of playing MTG, or any trading card game, in an electronic form is that the computer has been programmed to use the stack and I find that is the best way to learn and get used to it. If you want some exposure to how the stack works, then I would suggest playing Magic: The Gathering Arena and/or Magic: The Gathering Online, or at least watching people play them on YouTube or Twitch.